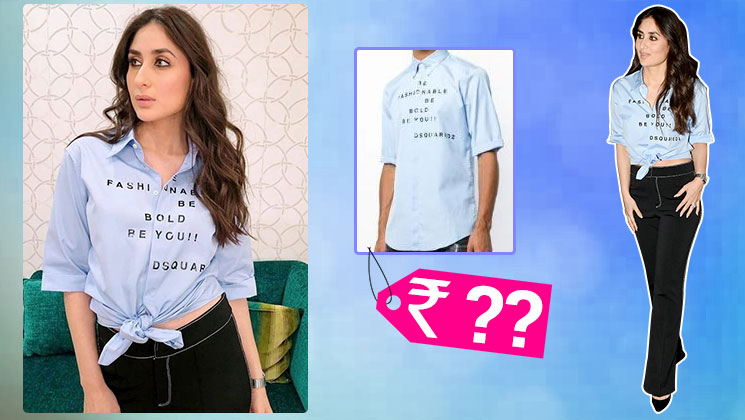 Bollywood’s fashionista Kareena Kapoor Khan has been a trendsetter for her fans. From her shimmery gowns to casual outfits, she has grabbed eyeballs with each outing. The actress recently left her fans impressed with her choice of outfit when she attended an event hosted by Arbaaz khan in Juhu.

She completed her look with black pointed pumps and styled her hair in curls. She amped her style statement with a wristwatch. The kohl-lined eyes and pink lips were an added bonus to her entire look. 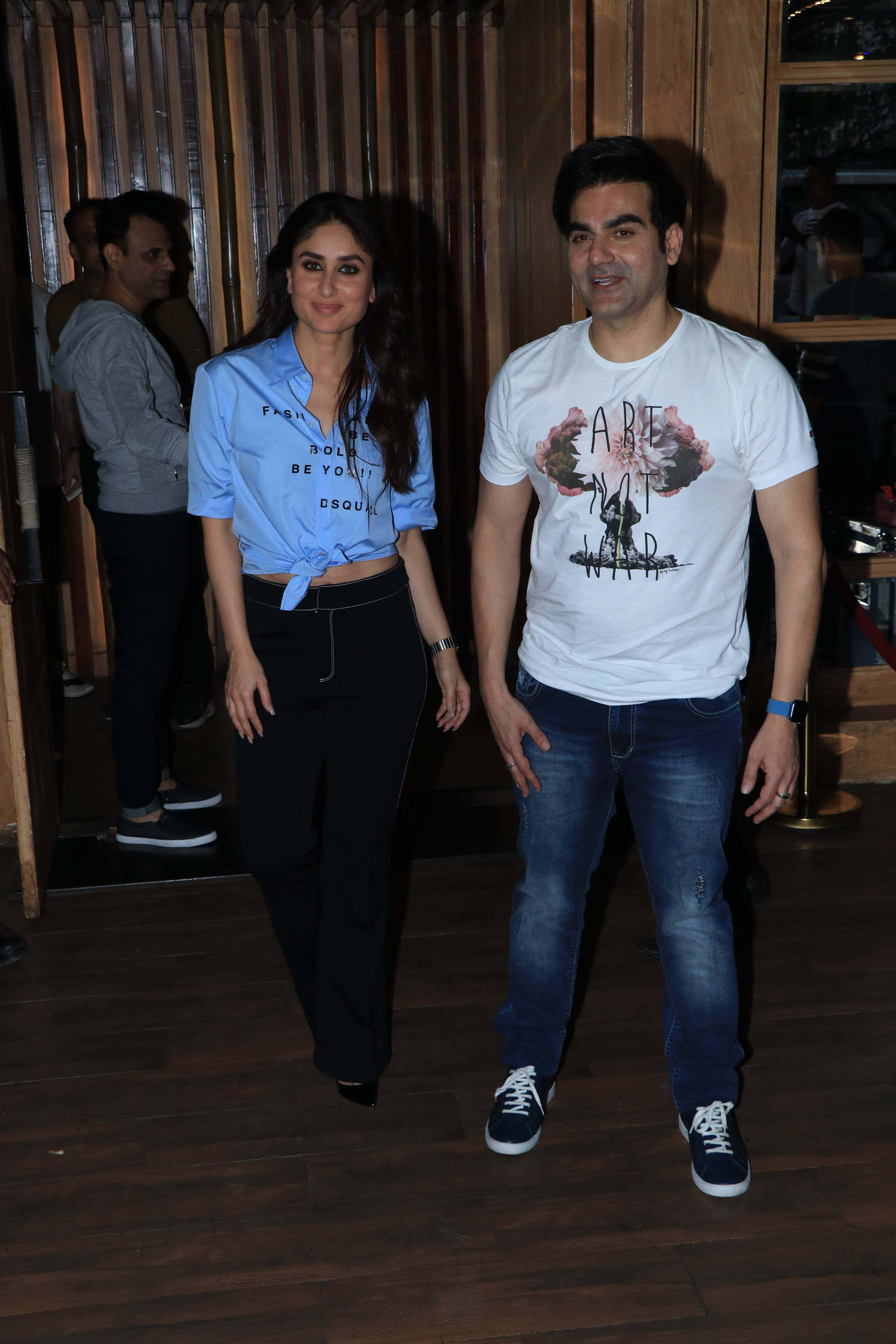 The knot of the shirt added a stylish trend in the outfit. 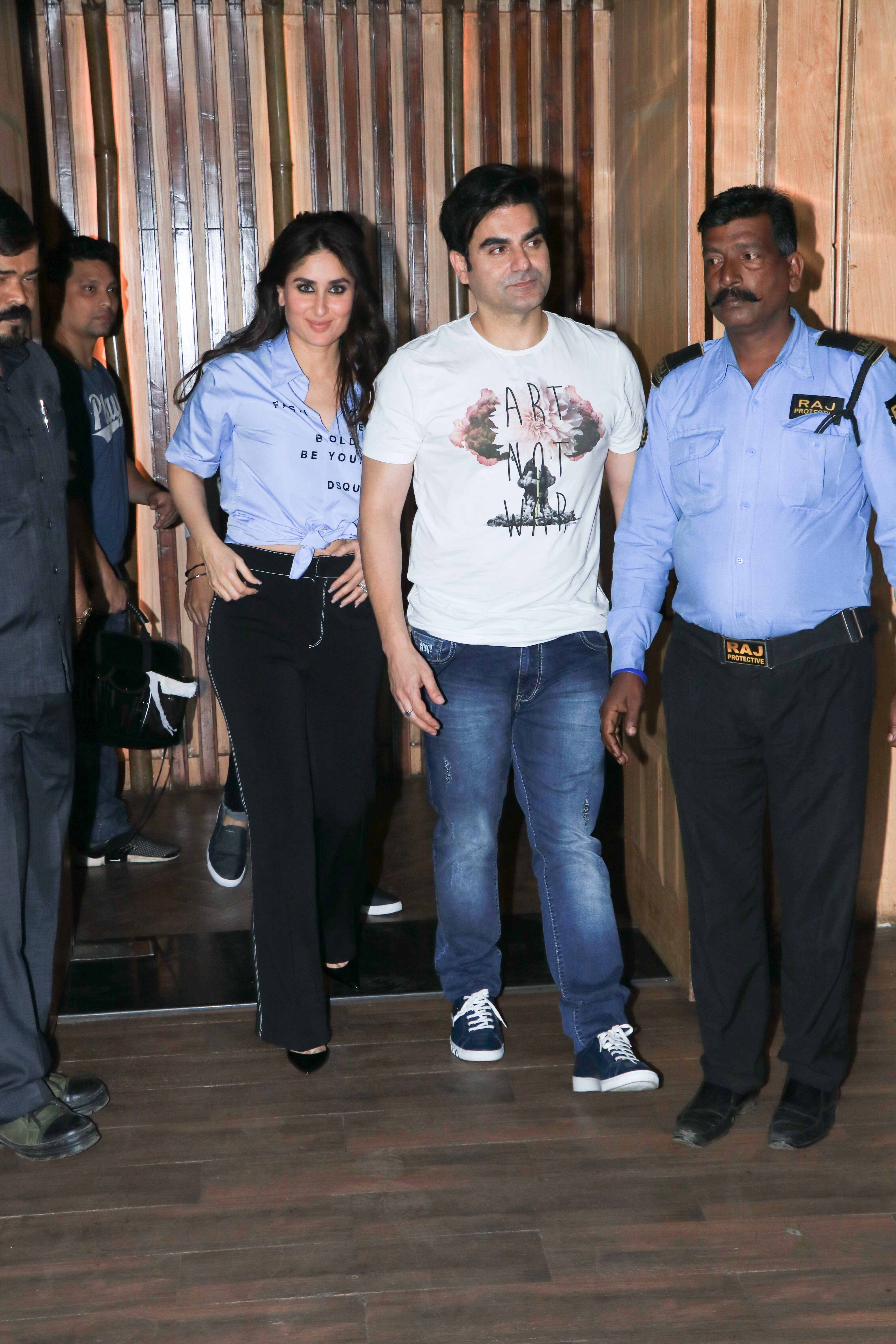 But what is grabbing our attention is the cost of the shirt. The printed shirt reads as, ‘Be Fashionable, Be Bold, Be You!!’ is priced at $515, which is around Rs 36,800. Woah! That’s a huge figure! Bonus points to her attitude and confidence for wearing the outfit.